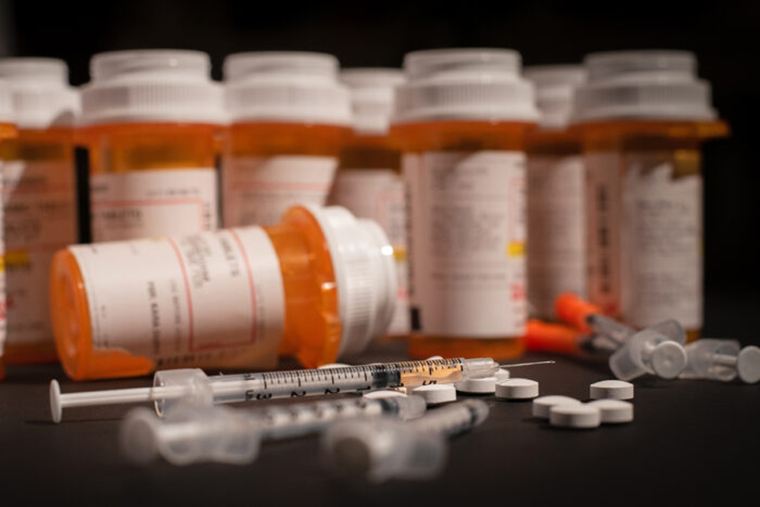 Even during the COVID-19 pandemic, opioid misuse has continued unabated in the United States, with an estimated 2.5 million or more Americans suffering from opioid use disorder. Most people treated for the disorder are given medications, such as buprenorphine, that activate opioid receptors. But there is disagreement about whether it’s safe to prescribe buprenorphine for people who also take benzodiazepines, which are potentially addictive medications prescribed for stress, sleep and anxiety.

New research involving the medical data of more than 23,000 patients being treated for opioid use disorder supports the use of buprenorphine in patients also taking benzodiazepines. Researchers at Washington University School of Medicine in St. Louis found that the drug can protect opioid users from overdosing, even when such patients also take benzodiazepines, such as Valium, Xanax and Ativan.

The study is published online March 3 in The American Journal of Psychiatry.

“Buprenorphine has had very good results as a treatment for opioid use disorder, partly because patients can take the drug at home, which is different from other drugs commonly used to treat the disorder such as methadone, which requires visits to clinics,” said first author Kevin Xu, MD, a resident physician in the Department of Psychiatry. “It’s well known that buprenorphine saves lives in patients with opioid use disorder, but because the drug has central nervous system depressing effects, there have been big questions about safety when patients also take benzodiazepines, which also depress the central nervous system. Our findings, however, indicate that buprenorphine makes overdose less likely, even in people also taking benzodiazepines.”

The research team dug into the topic partly because many treatment centers do not accept patients who are addicted to opioids and also take prescription benzodiazepines.

“Up to a third of people who suffer opioid overdoses also have benzodiazepines in their systems,” Xu said. “Many people get turned away from buprenorphine treatment or, even worse, their doctors abruptly taper them off benzodiazepines, which can be very destabilizing. Our goal was to learn more about whether there are dangers associated with taking buprenorphine while also taking benzodiazepines.”

Although buprenorphine isn’t the only medication used to treat opioid use disorder — others include methadone and naltrexone — the researchers focused on buprenorphine in this study because patients often can fill prescriptions for the medication at a pharmacy and take the drug at home.

Xu and his colleagues — including Laura J. Bierut, MD, the Alumni Endowed Professor of Psychiatry, and Richard A. Grucza, PhD, a professor in the Department of Family and Community Medicine at Saint Louis University — analyzed data compiled by insurance companies that tracked emergency room visits involving 23,036 de-identified patients with buprenorphine prescriptions.

“We’ve all heard about the devastation caused by opioids such as heroin and fentanyl, but use of benzodiazepines also can be addictive and deadly,” said Bierut, one of the study’s senior investigators. “Many people who are addicted to opioids also have anxiety or depression for which they’ve been prescribed a benzodiazepine drug. How to handle that combination has confounded psychiatrists and addiction medicine specialists, but we think these findings provide some clarity.”

Every de-identified patient tracked in the database had experienced at least one overdose event, but none suffered a fatal overdose. Each individual was followed for two years to track what prescriptions they filled and how often each person ended up in the emergency department with a drug-related poisoning. Although the database tracked only nonfatal overdoses, Xu explained those events account for the vast majority of drug-related poisonings, adding that those who suffer nonfatal overdoses are at risk to eventually die of a drug overdose.

“These are high-risk patients, and we know that when someone overdoses once, it’s likely he or she will be back in an emergency department again for the same reason,” Xu said.

In trying to learn whether buprenorphine helped prevent overdoses and whether taking that drug along with benzodiazepines might increase overdose risk, the researchers discovered that opioid users who took buprenorphine had a 40% reduction in their risk for an overdose compared with not receiving the treatment. Meanwhile, opioid users with benzodiazepine prescriptions who did not take buprenorphine were almost twice as likely to suffer an overdose that put them in the hospital.

What that means about drug interactions between buprenorphine, opioids and benzodiazepines still isn’t completely clear. But what is clear, Xu said, is that prescribing buprenorphine for opioid users in treatment can protect them from overdose, even if they also are taking a benzodiazepine drug.

How to get help

Close Menu
We use cookies on our website to give you the most relevant experience by remembering your preferences and repeat visits. By clicking “Accept”, you consent to the use of ALL the cookies.
Cookie settingsACCEPT
Manage consent

This website uses cookies to improve your experience while you navigate through the website. Out of these, the cookies that are categorized as necessary are stored on your browser as they are essential for the working of basic functionalities of the website. We also use third-party cookies that help us analyze and understand how you use this website. These cookies will be stored in your browser only with your consent. You also have the option to opt-out of these cookies. But opting out of some of these cookies may affect your browsing experience.
Necessary Always Enabled
Necessary cookies are absolutely essential for the website to function properly. These cookies ensure basic functionalities and security features of the website, anonymously.
Functional
Functional cookies help to perform certain functionalities like sharing the content of the website on social media platforms, collect feedbacks, and other third-party features.
Performance
Performance cookies are used to understand and analyze the key performance indexes of the website which helps in delivering a better user experience for the visitors.
Analytics
Analytical cookies are used to understand how visitors interact with the website. These cookies help provide information on metrics the number of visitors, bounce rate, traffic source, etc.
Advertisement
Advertisement cookies are used to provide visitors with relevant ads and marketing campaigns. These cookies track visitors across websites and collect information to provide customized ads.
Others
Other uncategorized cookies are those that are being analyzed and have not been classified into a category as yet.
SAVE & ACCEPT